On the occasion of the 100th anniversary of the birth of Tillieux, find Gil Jourdan, star character of the comic strip in the album Libellule s’évade in prestige edition!

This rich, luxurious and documented work reproduces original drawings and plates in facsimile in the original format, a first for this Franco-Belgian cartoonist. On the back of each page, you will also find the colour separations produced by Tillieux.

With Gil Jourdan, Maurice Tillieux was the great master of ligne claire within the newspaper Spirou. For the first time, the original boards of the legendary first album are reproduced in facsimiles, in the original format! “Libellule s’évade” was pre-published in Spirou from September 1956 to March 1957 and was released as an album in 1959. Gil Jourdan is confronted there with drug trafficking orchestrated by Malabarte, a cunning gangster, and Palankine, owner of a castle near Rambouillet and a great art lover.

The first foreign language book of this type to join the ranks of publishers proclaiming to be an Artist’s Edition, or in this case an Artiste Édition. Previously Dupuis had AE format books labelled Version Originale. Either way, this is a stunning presentation of Tillieux’s first Gil Jourdan album with inked pages and his colour guides.

A note at the beginning of the book gives some key details.

All the originals collected in this volume are reproduced at their actual size and in their current state of preservation, hence some variations in the colour of the paper. The two pages taken from the Journal de Spirou are also reproduced in their original format. The drawings which illustrate the introduction, produced by Maurice Tillieux, give a glimpse of all the research work carried out to define the characters in his “Gil Jourdan” series.

Scan quality is excellent, with no issues. Blacks show no gradients. Margin notes and correction fluid present. The pages have aged well, with most light tan to some yellowing. Tape residue on most pages where the two halves were taped together. Staples on all the pages that were coloured on tracing paper. The tracing paper colour guides are in various states, and they were scanned as-is. Several are missing sections, are creased and folded, taped and noted. They present very well: I reached to smooth out a crease as I was flipping pages.

About halfway through there’s an editor’s note.

When Maurice Tillieux died in 1978, the boards still stored at Dupuis editions were returned to his two daughters. The album Libellule S’Évade has been preserved in its entirety, with the exception of the title page and back cover. For the colouring indications, Maurice Tillieux worked up to plate 28 with coloured pencils applied to tracings (that of half-plate 27a having unfortunately disappeared). From the following plates, he painted in gouache his indications of colours on the back of the originals using a light table that he had built himself. Its instructions were then interpreted for printing by the colouring studio of Éditions Dupuis.

The design is engaging. The introduction works its images and text blocks in a straightforward manner. There is no colour theme, with deep blue and white endpapers. The book opens and closes with deftly enlarged panel art. The colour guides had to be dealt with, so they put the tracing paper opposite the inked pages and the lightboxed painted back pages after the inked pages. I understand why it was done this way but would have preferred the painted back pages to be opposite the inked pages like the tracing paper pages so the reader could easily compare the colours to the inks.

Production is excellent. Heavy matte paper stock in a sewn binding. The pages lay mostly flat and have enough of a margin to avoid any gutter loss. Smoothing the center does not improve it. The book comes shrink-wrapped in a cardboard case that has a small sticker with the cover image, title, and edition number. There are 699 numbered commercial copies and 70 not-for-sale copies. The edition number is stamped here, unlike the numbers in pencil on my Dupuis Version Originales.

This volume was available by itself from the publisher and Amazon, or with a print from booksellers for 225€. I preordered my copy from 9ème Store because they had the print and the cheapest shipping to Canada. When I started this review I was shocked to see this is sold out everywhere in less than two weeks.

To the best of my knowledge, Libellule S’Évade or Dragonfly Escape hasn’t been translated into English. Fantagraphics has produced two Gil Jordan volumes and I hope for more, but it doesn’t look promising. 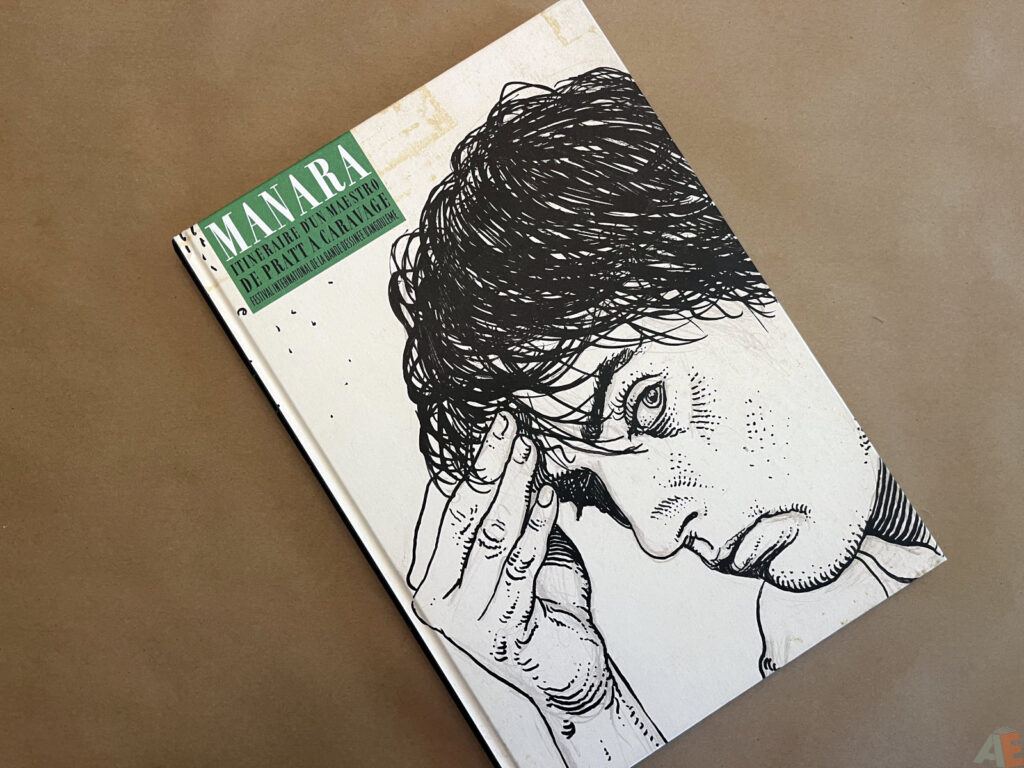 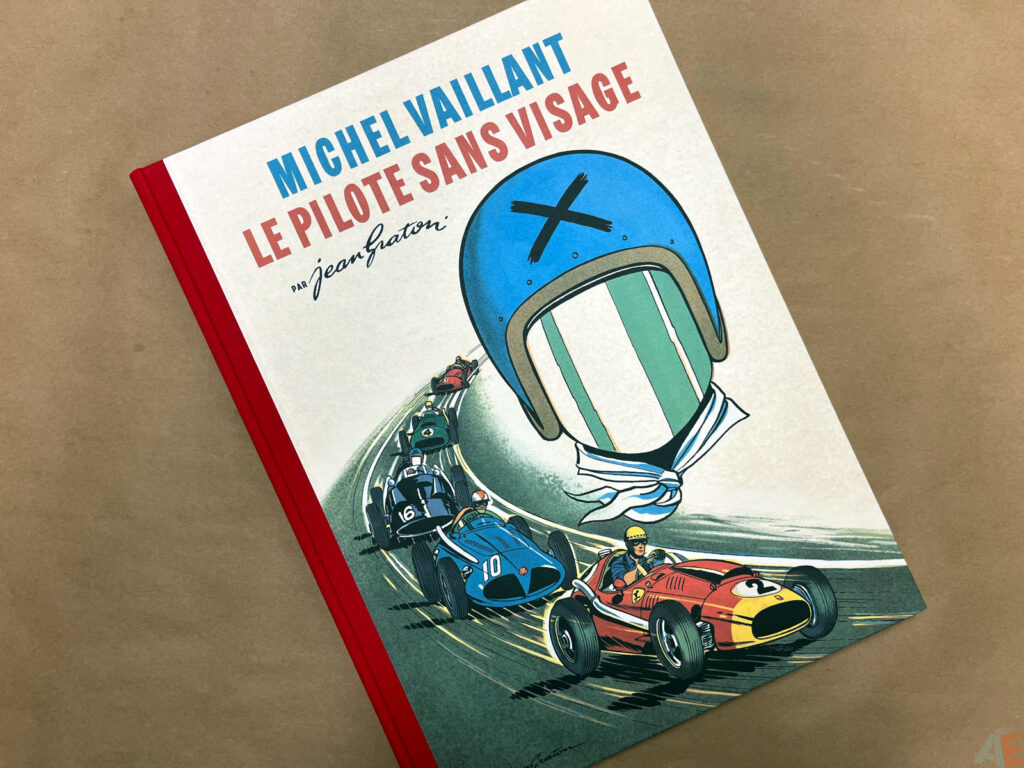