With the fragmentation of book distribution, I’ll be posting publisher solicitations as I find them, with the month found in the title.

From the first published Judge Dredd story to his iconic work on serials such as ‘The Cursed Earth’ and ‘The Judge Child’, McMahon’s constantly evolving style has helped make him one of the greatest Dredd artists of all time. Famed for his ‘big boots’ design and vivid imagination, McMahon’s work helped define Dredd’s world and won him legions of fans.

Featuring high-resolution scans of original artwork, the Apex Edition is a deluxe, oversized facsimile edition that reproduces McMahon’s original art pages at their actual size. From his dynamic early work influenced by Dredd co-creator Carlos Ezquerra to his later utterly unique style, this Apex Edition showcases the evolution of his career in unprecedented detail and demonstrates how McMahon came to influence generations of comic book artists.

Complete stories such as ‘Judge Whitey’, ‘Frankenstein II’, ‘The Wreath Murders’, and ‘Dream Palace’ are published alongside pages from ‘The Cursed Earth’, ‘The Day the Law Died’, ‘The Judge Child’, and ‘The Fink’.  As well as his brush and penwork, the reproduced pages include original titles and word balloons.

Additionally, our aim is to release the title on 26/10/22 but please be aware that due to the ongoing challenges with paper shortages and disruption to global shipping we may be required to adjust that date. At all times our priority is to deliver your order on time but we will communicate any changes to you. 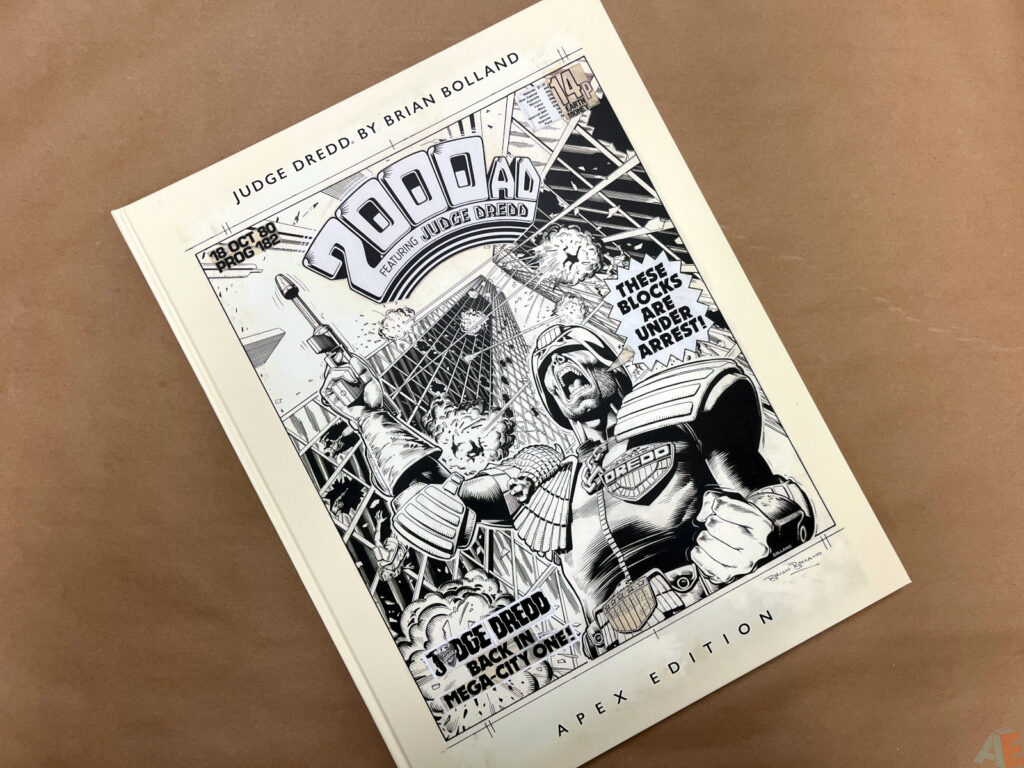