I attended the Baltimore Comic*Con this past weekend, September 28-30, with a group of comic collectors and buyers. I was the odd man out in this group, as I wasn’t going to buy golden and silver age comics: I was attending to get signatures in my Artist’s Edition format books.

Last week I posted who was attending the show, and from that, I made my list of books to bring. I’ll run it down by creator in a bit but first, let’s talk about the show in general. Everyone I spoke with was polite and pleasant: staff and volunteers alike. The floor was well laid out with wide aisles and easy movement. There were rows and rows of comic dealers set up, with featured comic guests in pockets around the show floor. I saw a few people with AE format books being carried around and signed by creators, mostly Marvel Covers Artist’s Edition as it’s a great volume for multiple signatures, but saw no AE format books for sale on the show floor.

First stop was Mark Schultz. He was the big attraction for me and someone I wanted to chat with. He was very polite, soft-spoken and engaging. I handed him my Xenozoic Tales AE and he said he normally likes to add a sketch and would I mind? I quickly agreed and he added a great Hannah in blue pencil. Then he asked if he could personalize it, which I thanked him for asking and agreed. While he was drawing we talked about his upcoming Xenozoic Tales graphic novel and he showed me 56 pages of roughs on his iPad, which were amazingly detailed. I asked about it and he said it was an experiment to see if detailed roughs would speed up the process of completing pages, but it didn’t. I then asked about the Kitchen Sink Books Curator’s Collection and he said he hopes it’s coming out but couldn’t talk about it. I went through his original art for sale but I couldn’t afford any. 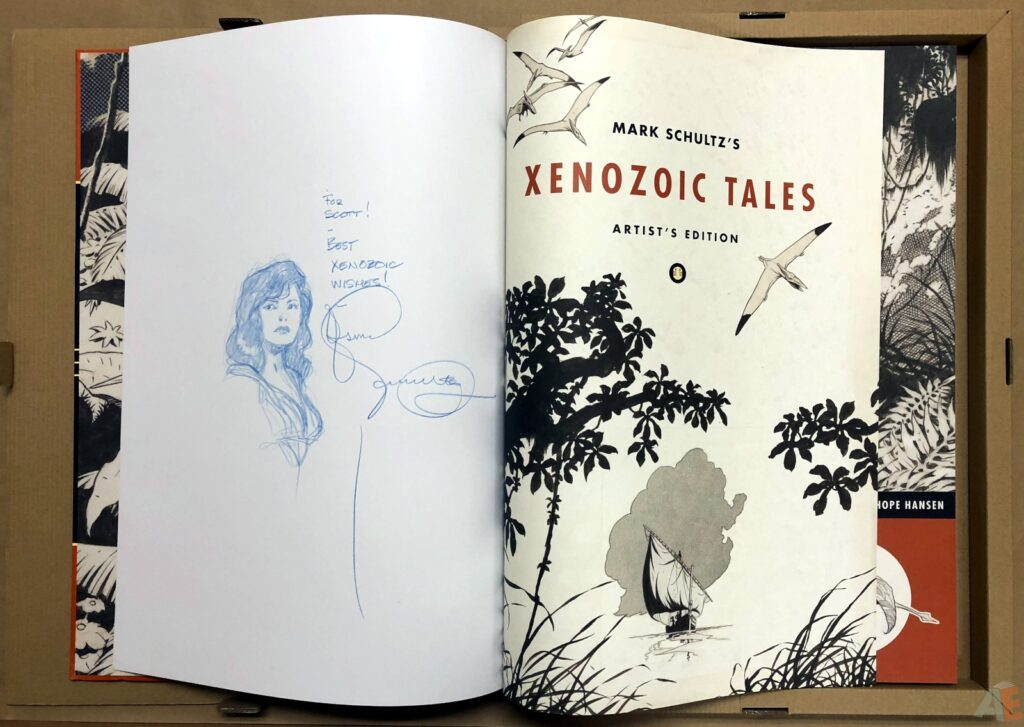 Next stop was Richard and Wendy Pini, who had a few younger people at the table asking questions. I moved up and asked for both to sign my Elfquest Gallery Edition, which they did.

Moving down the same row I came to Frank Cho. There were several people in line getting stacks of books signed I’m guessing for CGC encapsulation. When I got to the front signatures were $5. Cho was speaking with someone beside him as he signed my Savage Wolverine AE and added a quick Wolverine remarque. No conversation available so I thanked him and moved on. 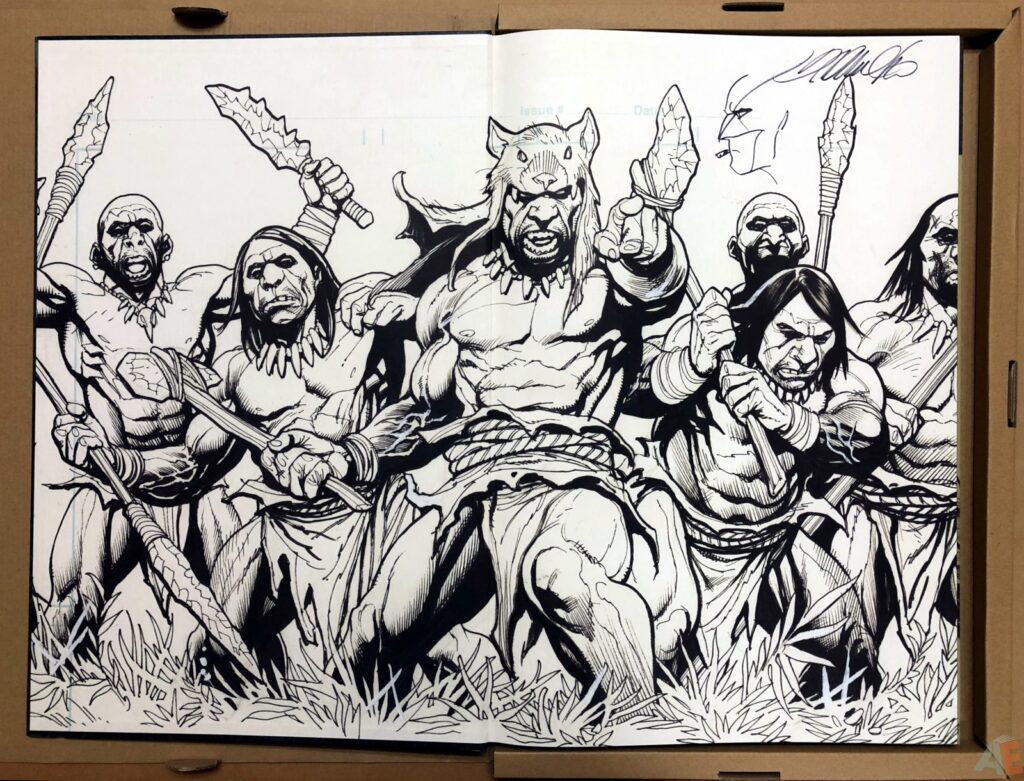 My final stop on Friday was at P. Craig Russell’s table. He signed my Murder Mysteries Gallery Edition and we chatted about Salomé and the new fine art edition. After a few minutes of discussion, he said “you wrote that review” and then Wayne Alan Harold came back to the table and I stayed for a good long time discussing self-publishing and all its challenges. Both Craig and Wayne were friendly and a pleasure.

Saturday I was there when the doors opened and headed straight for Frank Miller, who was signing in the celebrity area. I got to the line but was told by the volunteer managing the line I needed to buy a ticket to get his signature. It didn’t say that on the website but I asked a few different staff who said I should go to the third floor and buy a ticket. This sounded like something I wasn’t willing to spend so I accepted I wasn’t getting a Frank Miller signature.

Then I spent several hours in line for Walter Simonson and Jim Starlin. Both arrived after the show opened and had long lines. Once things were going they moved well. Simonson signed Robocop Versus The Terminator Gallery Edition and The Mighty Thor Artist’s Edition for me with his big dinosaur signature. I had thought the latter would be good since it was written by Miller and I’d get double duty from it. I asked about future AE format books and he said there were, but he couldn’t say more. Very pleasant.

Starlin was charging $10 per signature. He was energetic and friendly but I really had nothing to ask or chat about so I moved on.

Last but not least was my remaining book, Batman: The Dark Knight Returns – Frank Miller Gallery Edition. This was also to have double duty as I navigated to Klaus Janson’s table. He was charging $10 per signature and his art rep asked me if I wanted a receipt, which is a first for me at a convention. I remarked I wouldn’t know what to do with it and moved along to get Janson’s signature. Another polite gentleman, but I had no questions here either.

One of my goals was to determine the feasibility of navigating a convention with a selection of AE format books. Short answer: it isn’t. I loaded eight of these monsters into a suitcase and wheeled it around. This required me laying it down and opening it up to retrieve the books for signing, then closing it back up. At about 200 pounds it was difficult to get up and down stairs when there was no other option. I saw one other gentleman with multiple AE format books, four standing up on a collapsible moving cart. At Fan Expo Canada I had tried carrying around four books in a large shoulder bag, but my back hurt for a week afterwards.

The other goal was to see who provides just a signature and who does a sketch. I’ll be starting a chart here this week with my findings and encourage readers to email me their experiences.