Alex Raymond was one of the most influential comic strip artists of the 20th Century, creating action-packed art for Secret Agent X-9, the spectacular, classic imagery for Flash Gordon, and the nuanced, brilliant artwork for the detective/film-noiresque Rip Kirby.

This new exhaustive full-colour art book features over 400 images, many scanned directly from Raymond’s original artwork and is being published under license from King Features as part of their 100th-anniversary celebration. See original artwork from Raymond’s work on Secret Agent X-9, Flash Gordon, Jungle Jim, and Rip Kirby together with numerous examples of his earliest strip artwork, commercial illustration, and more.

This extra-large format art book is presented in a 10 by 13-inch size, so collectors can savour every detail of Raymond’s artistic genius.

This is an original art book with brief biographical information, divided into four chapters: Early Work, Flash Gordon, Illustration Work, and Rip Kirby. An introduction by Herman, short biographical information about each stage of Raymond’s career, a chronology and a list of current reprints from IDW and Titan to close it out.

Goulart presents a just-the-facts approach to Raymond’s life, focusing on the work presented in the four chapters. At first blush, I felt it was too short, but it covers the pertinent details and didn’t leave me with any questions. Of the 240 pages, about 16 are Goulart’s biography of Raymond. A nice selection of photographs are woven into the text pages.

The art falls into two categories: original art scans and enlargements of those scans. There are a few scans of published strips as well, but not many. Treated as spot colour, they brighten up the mostly black and white pages. Most of the original art presents well at the size provided: a few Flash Gordon strips are a bit soft, but on the whole, the scans are good. Enlargements however fail miserably. It wouldn’t be so glaring if an enlargement wasn’t done at least once every other page. Most enlargements are blurry. They had one good strip on page 96 and enlarged every panel for the next six pages; every other enlargement from the book could have been cut.

I understand the appeal of enlargements throughout, to give the reader an opportunity to really get into the care and detail Raymond lavished into his artwork. Even with half the enlargements looking good, that leave a lot of poor images.

Early criticism of this book was that all the scans came from the Heritage website, which doesn’t fit with those thanked on the colophon. I was able to find every strip or piece of art I looked for on Heritage, however. It would be easy to blame the scans so I looked at the size of the originals and found Hermes was blowing up Rip Kirby panels large than the actual size of the art: most of these daily strips were around 6″ x 20″. The Jungle Jim toppers averaged 11″ x 24″. It would appear the images didn’t have a high enough DPI for enlargement, another indication these images are from an internet resource.

The design is engaging in its direct approach to presentation. Negative space is well used throughout. Always nice to have a table of contents and page numbers on all the pages. The biographical sections feature large and legible text. The occasional page has the art on a black background and it really makes the inks pop. Every piece of art has a margin note indicating name, date and medium.

Production is excellent: sewn binding of a sturdy matter paper stock. Pages lay flat after smoothing the center. The book comes with a dust jacket that is the same as the book’s front and back covers and therefore serves no purpose.

Yes, there really are two colons in the title. Hermes Press doesn’t list a copy editor on the colophon.

I bought this book when it was released and put it aside after being turned off by the enlargements. Coming back to it and ignoring the faults of those enlargements, the unenlarged material presented is a fine representation of Raymond’s work. It’s the best collection of Raymond’s original art, but that’s because it’s the only current collection. I want to love this book, I really do.

Hermes ran a sale recently on its website and cleared our remaining copies. This volume is now commanding high prices in the aftermarket.

Here is Hermes publisher Daniel Herman giving a preview of the book. 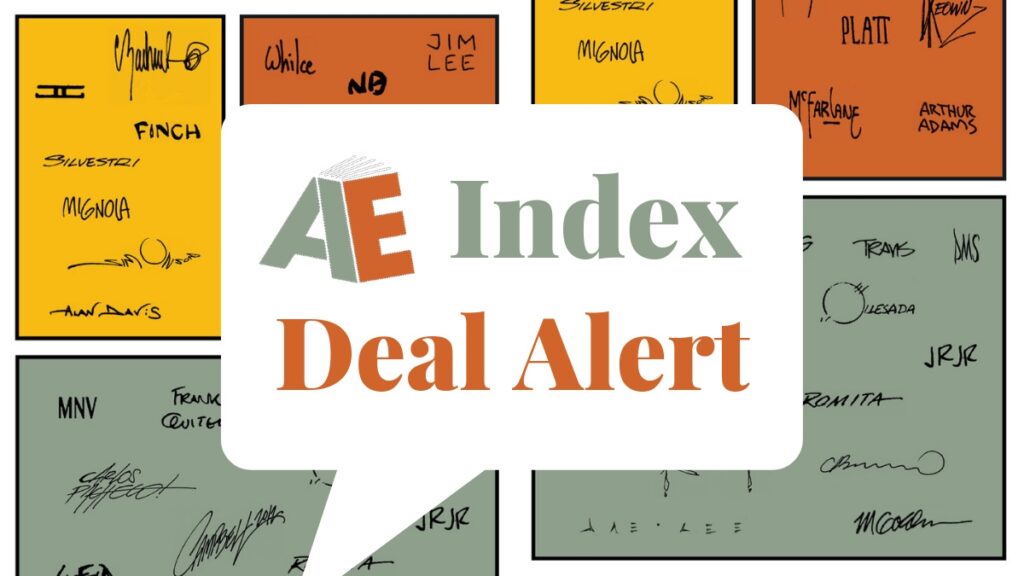