“La Mauvaise Tête” is the sixth “great adventure” of Spirou and Fantasio, imagined and drawn by André Franquin in 1954. This Version Originale presents the plates as they appeared before the author’s eyes, with his pencil line under the India ink, repentance in white gouache, touch-ups with a razor blade, the lines intended to support the letters of the speech bubbles, and invites you to dive into the production process.

“La Mauvaise Tête” is one of the most cinematic episodes of the series, supporting comparison with the best thrillers of the time, and even the best comedy films. This Large Format version, enriched with period documents, allows the reader to appreciate both the narrative and graphic talents of Franquin.

Dupuis is publishing a series of volumes showing Franquin’s original art, under the Version Originale banner. This is the sixth Spirou and Fantasio from 1954, and it’s presented in multiple forms. First up is the original art, followed by the work and its influences from media, then the story pages from Spirou magazine as they were published, with four to a page. Finally a gallery of covers and more originals.

The presentation in two plates of three and four bands, as for the publication in the Journal de Spirou, differs from that carried out of the reassembled album to present only pages in four bands. At the time, priority was given to the newspaper and we respected this first division wanted by the author.

Over time, some boards were misplaced, lost, offered by Franquin or stolen by unscrupulous. It was not possible for us to find them in their original form.

Scans are clear and without issue. Blacks show some gradients. Correction fluid used minimally. Blue pencil used for lines in the word balloons to keep the text even. The inked text appears scratchy and broken on the paper. Some paste-ups, or more correctly “cut-ins” since it looks like the incorrect art was cut out and a replacement inserted.

The book design is minimal at best. Title page and endpapers with black and white images. Chapter dividers are white pages.

Production is excellent: a sewn binding of tick matte paper. The paper feels thick but the book is quite light, and on the plain white pages you can see through it to the previous page. The book came in a bubble wrap bag inside a cardboard sleeve.

The last page is the colophon, which revealed this is a numbered edition of 2000 copies, with my number 1671 in pencil. A nice surprise, and makes me wonder why North American publishers are so concerned about releasing print runs.

I was alerted to this volume through the forum: someone mentioned it was on sale in late 2019 and I grabbed it. An exceptional look at the work from multiple perspectives. 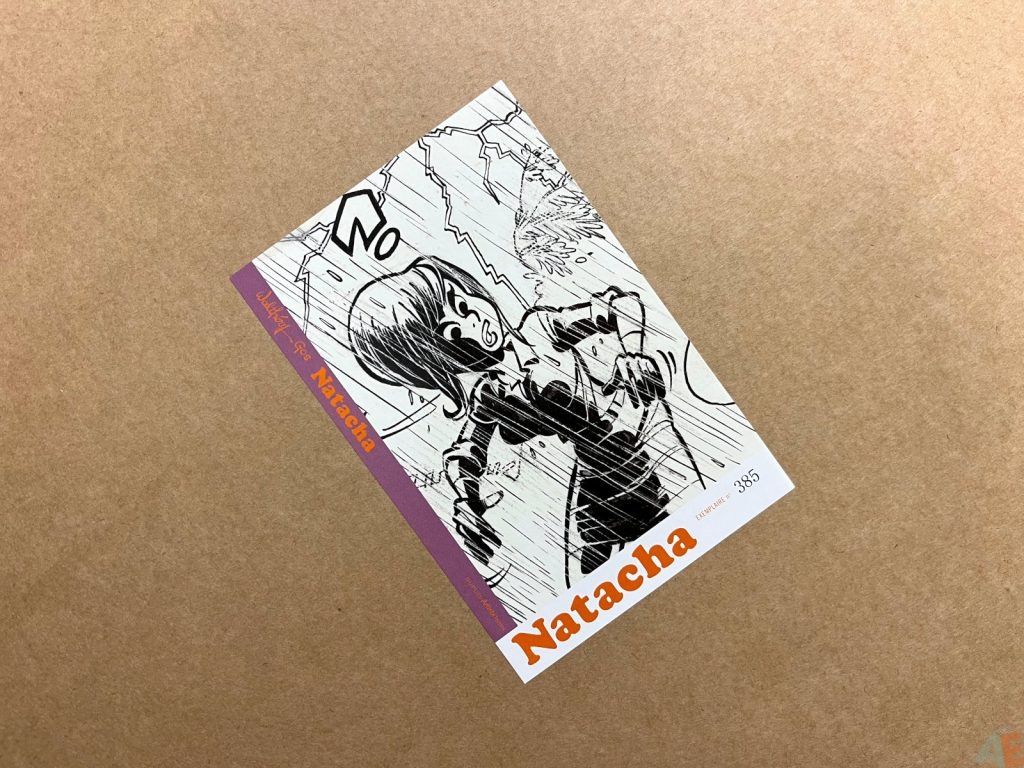